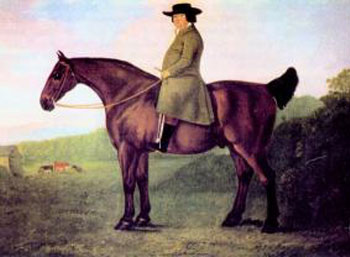 Robert Bakewell began a revolution with his selective breeding techniques. 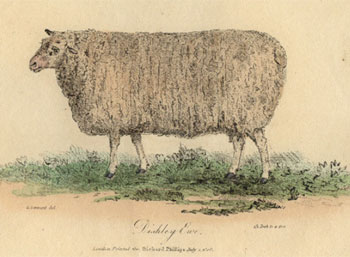 The 'Dishley Leicester' played a critical role in the development of many other breeds. 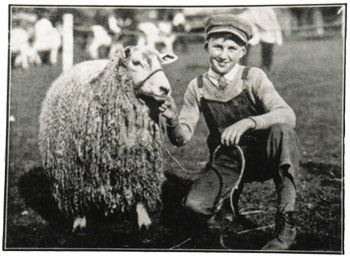 English Leicesters have been part of the Autralian sheep industry for 200 years.

At the beginning of the 18th century, sheep farming in England had not changed for thousands of years. Farmers followed the same tried-and-true methods of management as their fathers and grandfathers. In this period, sheep and other farm animals were categorised by 'types' rather than breeds, each having evolved to suit the country they inhabited, for example hill types and lowland types.

The Industrial Revolution was to change everything.

Robert Bakewell was born in 1725 on the family farm 'Dishley Grange' in Leicestershire. He took over the 400 acre farm after his father’s passing in 1745. He saw the world was changing, and he saw an opportunity: sheep meat for the new class of landless factory workers.

Traditional farming methods of the day could not meet these needs; sheep were primarily grown for their wool and tallow, typically not sold for slaughter until 4 years old!

He began a revolution in agriculture that has become the cornerstone of modern animal production: selective breeding.

Starting with the lowland Leicester type, Bakewell began selecting and joining sheep with the traits he wanted. This often meant disregarding the long held taboo on 'line breeding' (joining close relatives). He ruthlessly culled any sheep that did not meet his standards.

The Leicester proved to be the ideal sheep for Bakewell’s new methods. In just a few decades he had changed the ancient 'Leicester' type into the 'Dishley Leicester' or 'New Leicester'. This sheep looked different, sometimes being described as a 'barrel with short legs'. It was finer-boned and carried more meat for its weight than any other sheep. It also matured faster, and was ready for market in half the time of other sheep. More importantly, the characteristics of the 'new Leicester' were reliably passed on to its progeny.

Bakewell also had a head for business. He never sold culls to market, always slaughtering on the property. Rather than selling rams, he leased them to the highest bidder. He travelled the countryside observing the results of his leased rams, which allowed him to further refine his breeding program.

By the late 1700s his rams were commanding astounding prices. Many were earning well over Ł100, with one prized animal topping Ł1,200 in a single season. To put this in perspective, a farm labourer at the time earned just Ł20 a year.

These rams played an extraordinary role in the development of the modern sheep industry:

"... the Dishley Leicester peerless value turned out to lie in its quality as an improving breed. The characteristic made it so popular that by the end of the 18th century it had spread throughout Europe and during the early part of the nineteenth it descendants played a crucial role in sheeping in the New World. It also found to possess the remarkable property of encouraging milk production and fecundity in its cross-bred daughters and of being able to breed with smaller ewes without causing them to have over large lambs."

Bakewell’s Leicester played a pivotal role in the development of most British breeds and, in turn, sheep all over the world. His selective breeding techniques, demonstrated in the Leicester, were then applied to other farm animals. It was the beginning of modern animal production.

Robert Bakewell died in 1795, a true revolutionary whose contribution to agriculture cannot be overstated.

The English Leicester in Australia

While the English Leicester was the dominant British breed of sheep in Australia for about the hundred years from the 1830’s to the 1930’s, it was not the first longwool British breed to be brought here, that most likely being the Teeswater which arrived here in 1804.

While it is likely that Leicesters were present in Tasmania before 1824, it is in that year that the first documented importation occurred when the Bryant brothers imported some into southern Tasmania.

W.J.T. Clarke who arrived in Hobart on the “Deveron” in December 1829 brought 20 pure Leicester sheep with him and the Van Diemens Land Company which was formed in England by shareholders involved in the wool trade sent Leicesters to its grant at Circular Head in 1830.

These are only some examples of the early importations of Leicesters, because by the mid 1830’s the Merino and English Leicester were the two main breeds of sheep in Australia. The success of each breed was in many ways determined by the success of the other. The English Leicester complimented and crossed well with the Merino, giving it a greater length and weight of wool, better constitution and more meat.

The dominance of the English Leicester, and Lincoln as the prime crossing sire to be put over the Merino continued until the arrival of the Border Leicester which is a faster maturing breed developed from the Leicester.

Around 1920 English Leicester numbers on mainland Australia began to fade but as late as 1935 more English Leicesters than any other breed were registered in Tasmania by the Australian Society of breeders of British sheep.